One of the biggest challenges that companies face is the effort to understand the status and state-of-progress of their business initiatives, programs, and key projects.

The result of this is often a huge investment of time and resources in meetings and reports trying to understand where things are, and significant effort in trying to analyze how failed or problem projects could have been optimized for better success. Usually this analysis is done after the project has failed, performed sub-optimally, or needed an influx of capital (or extension of time) to drive to completion. The problem with all of these “post mortem” analyses is that, by the very definition, the patient is already dead!

Ways to correcting it

Traditionally, it has often been very difficult to ensure alignment between projects and the over-arching business objectives. Even though on paper there may be close alignment at the beginning of the projects, over time requirements shift, resources drift, and projects can end up with sub-optimal results. In the past, it has often been difficult to see the mis-alignments until they became highly pronounced, or even when it became too late to save a project. Resource and dependency conflicts are natural – they arise because of the dynamic nature of business, which only gets more and more fast-paced.

Also, most companies of a decent size don’t have a way for truly investigating the real-time state of their current programs, as they have a high number of them going on at any given time. This means that the data that bubbles up to the executives is outdated well before the time it gets there.

The most common ways of handling projects that are going off-track have been to change the budget, timeline, team composition, or scope. In reality, these options are sub-optimal. The best solution is to have issues to be predicted in advance or, at the very least, in real-time when they may be the easiest and least expensive to get back on track. This solution requires the development of a tool that marries executive direction to daily tasks, resources, and requirements. 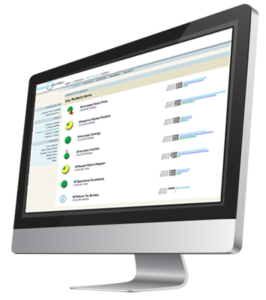 A tool built for visibility

A tool that provides real-time visibility into the status of the resources, projects, and programs, in a holistic way, and how they are in current alignment to the business initiatives and objectives, would provide a way to drastically improve performance. Such a tool would also, at the same time, reduce risk, untangle conflicts, and allow for a for predictive modeling by providing a view into resource/dependency consequences and limitations.

This type of tool would also allow for deeper reporting, as it would show a snapshot of where things were at any given moment, not just a historical view (as with many traditional reporting mechanisms today.) It could also show current and historical process bottlenecks, including real-time approvals, allowing for process improvement.

This also allows the ability to model changes to programs, projects, or resources, and to see how the dependencies are effected. Finally, it would allow for optimized resource planning, saving the company money.

Learn More About Our 2 Week Assessment

If you would like to discuss the Roundworld Solutions Big Data 360 View Tool, or this article please contact Evan Donaldson – Vice President, Solutions and Delivery at evand@roundworldsolutions.com
or contact us directly today. 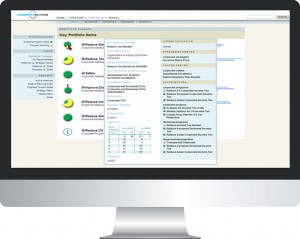